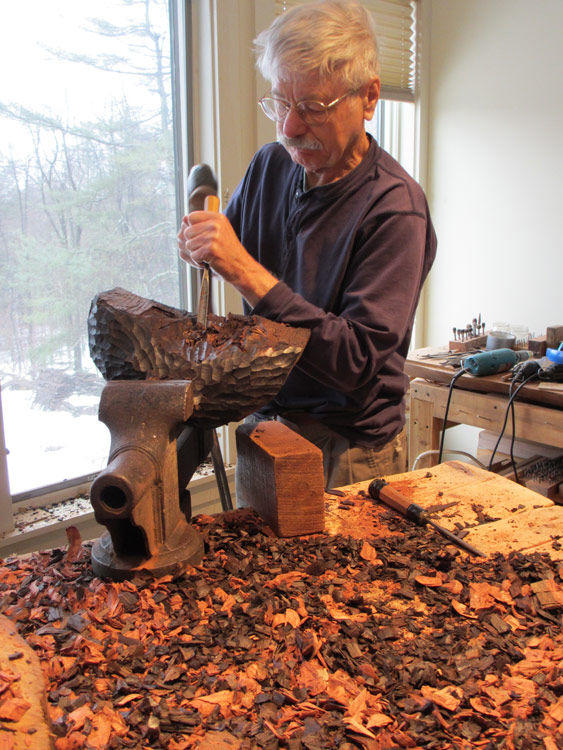 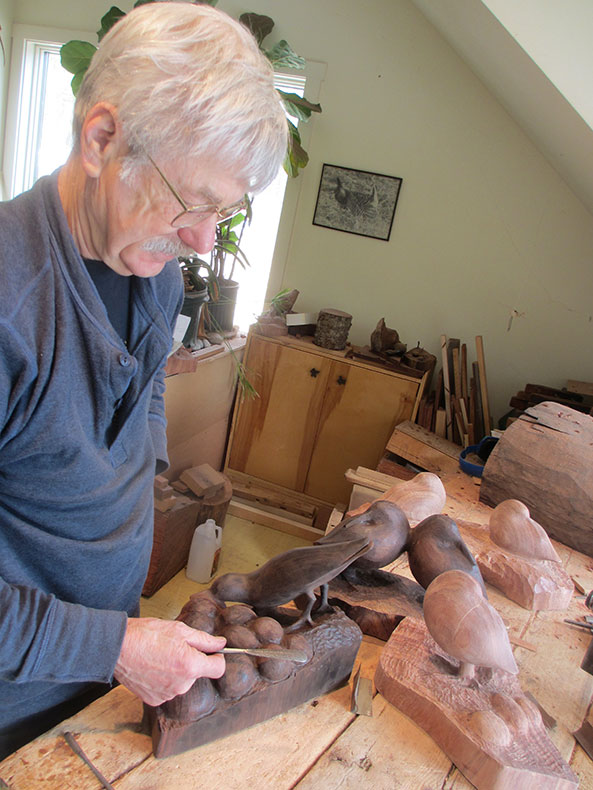 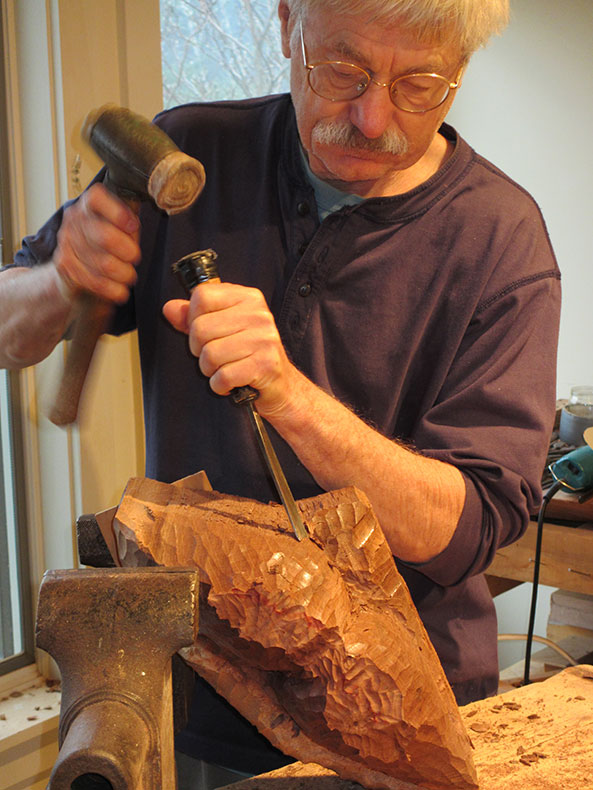 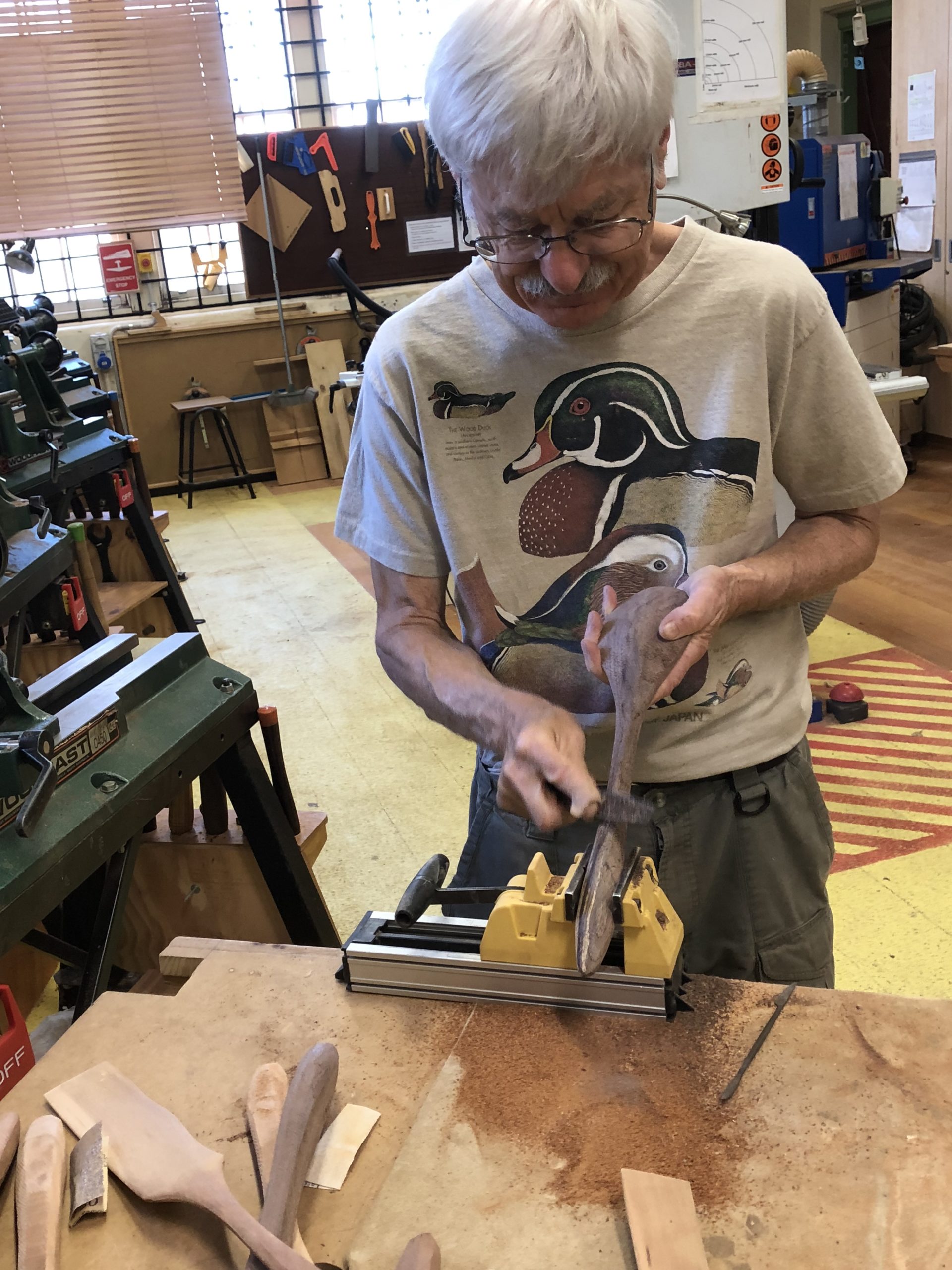 Hank Tyler is an internationally known sculptor of birds in wood. He was raised in Maine where he began realistic sculpture of birds in 1960 under the guidance of Charles “Chippy” Chase. Growing up on the shores of Casco Bay on the Maine coast, Hank developed a fondness for shorebirds and ocean birds. 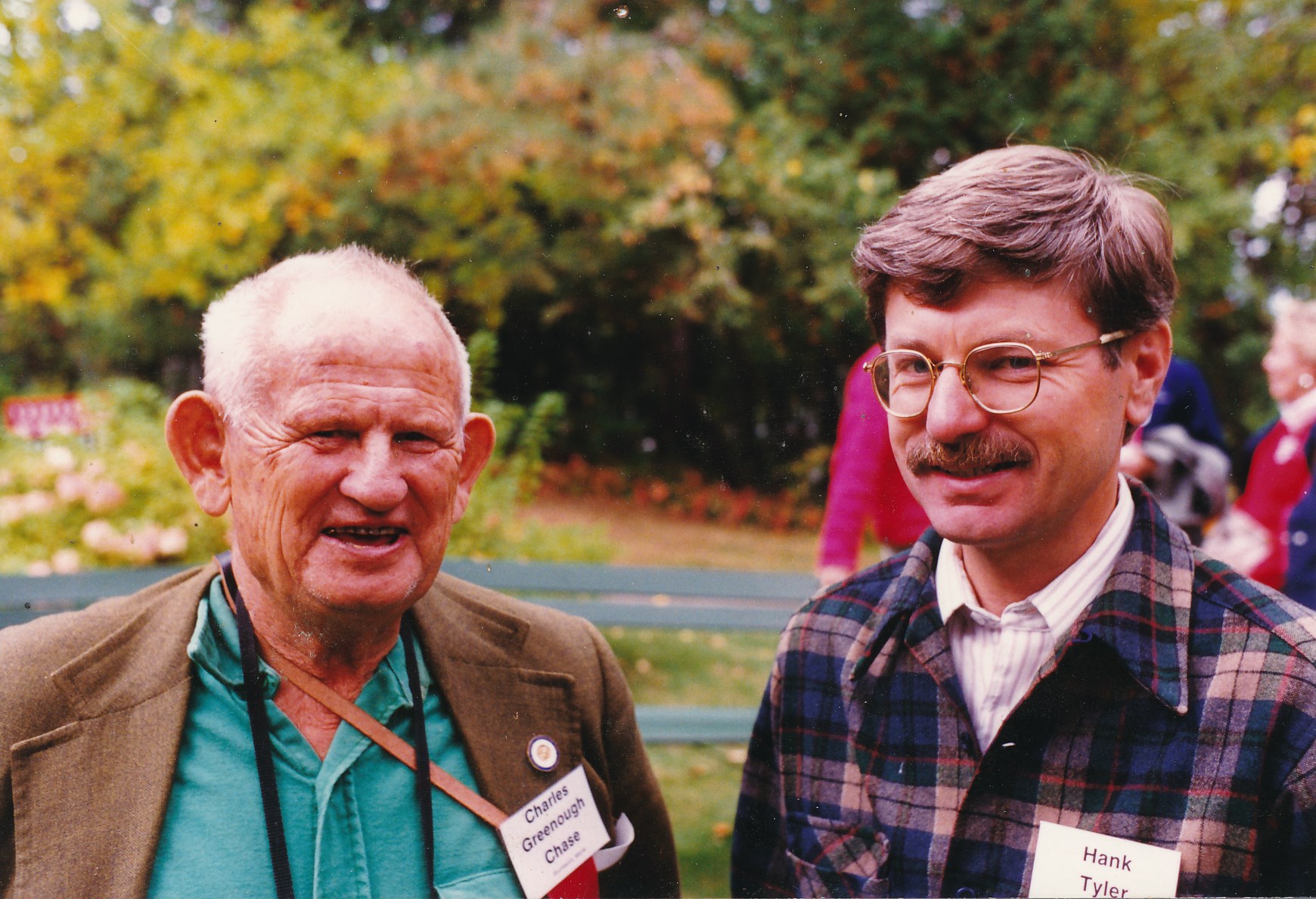 He began sculpting birds in high school in Brunswick, Maine, and over the years developed his skills without formal training. The Tyler family had a workbench and assorted tools in the family home. Hank was fortunate that his father sold industrial supplies to woodworking mills in Maine, and from one mill was able to obtain Brazilian Rosewood and African Bubinga wood. During his high school years he interacted with a number of artists and benefited from visitng Bowdoin College’s Art Museum and Library viewing the original folios of John James Audubon’s artwork. He received early support from the Brunswick, Maine community and family friends. 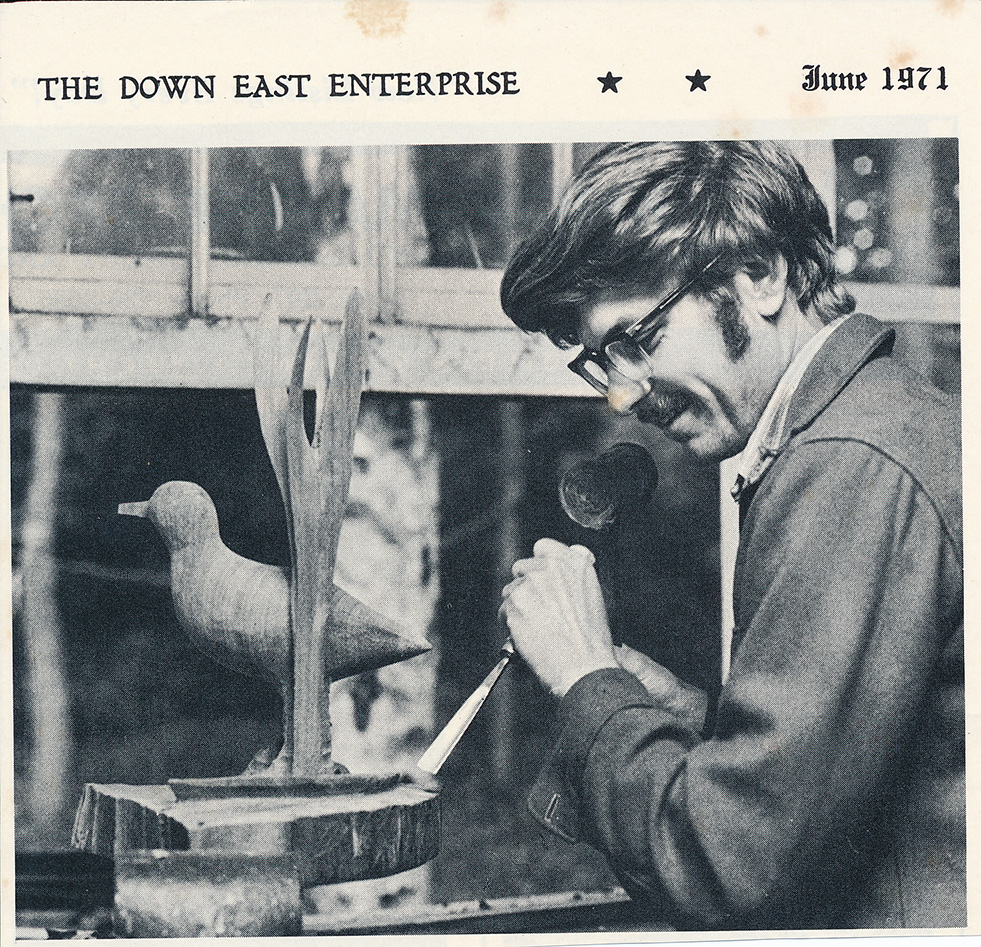 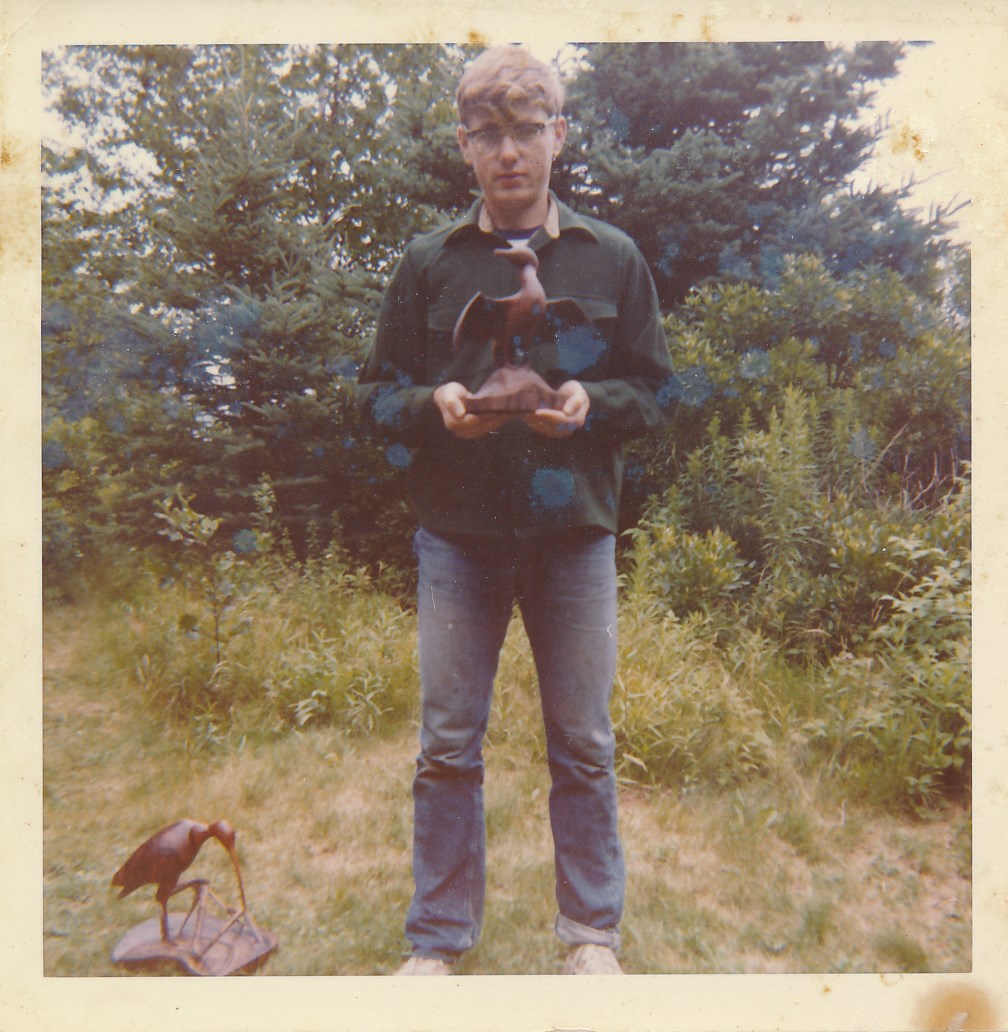 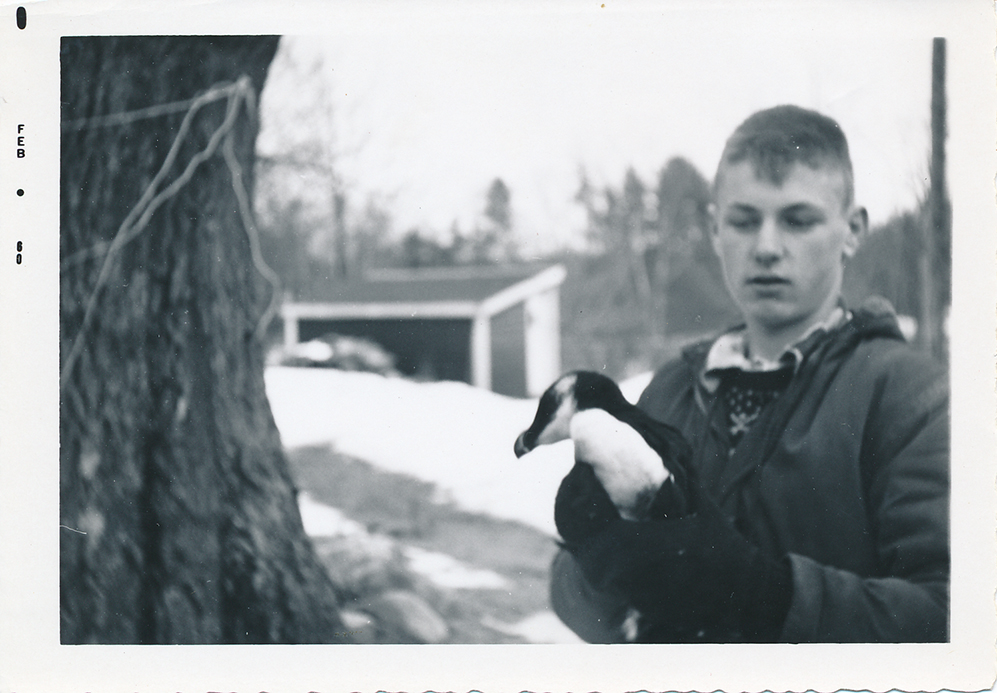 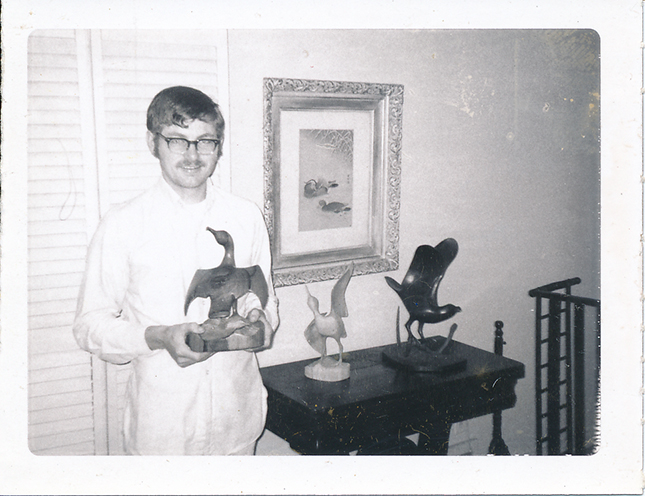 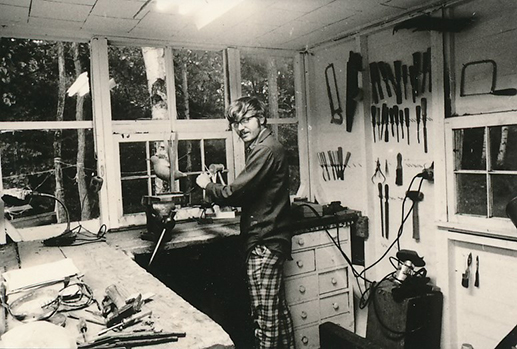 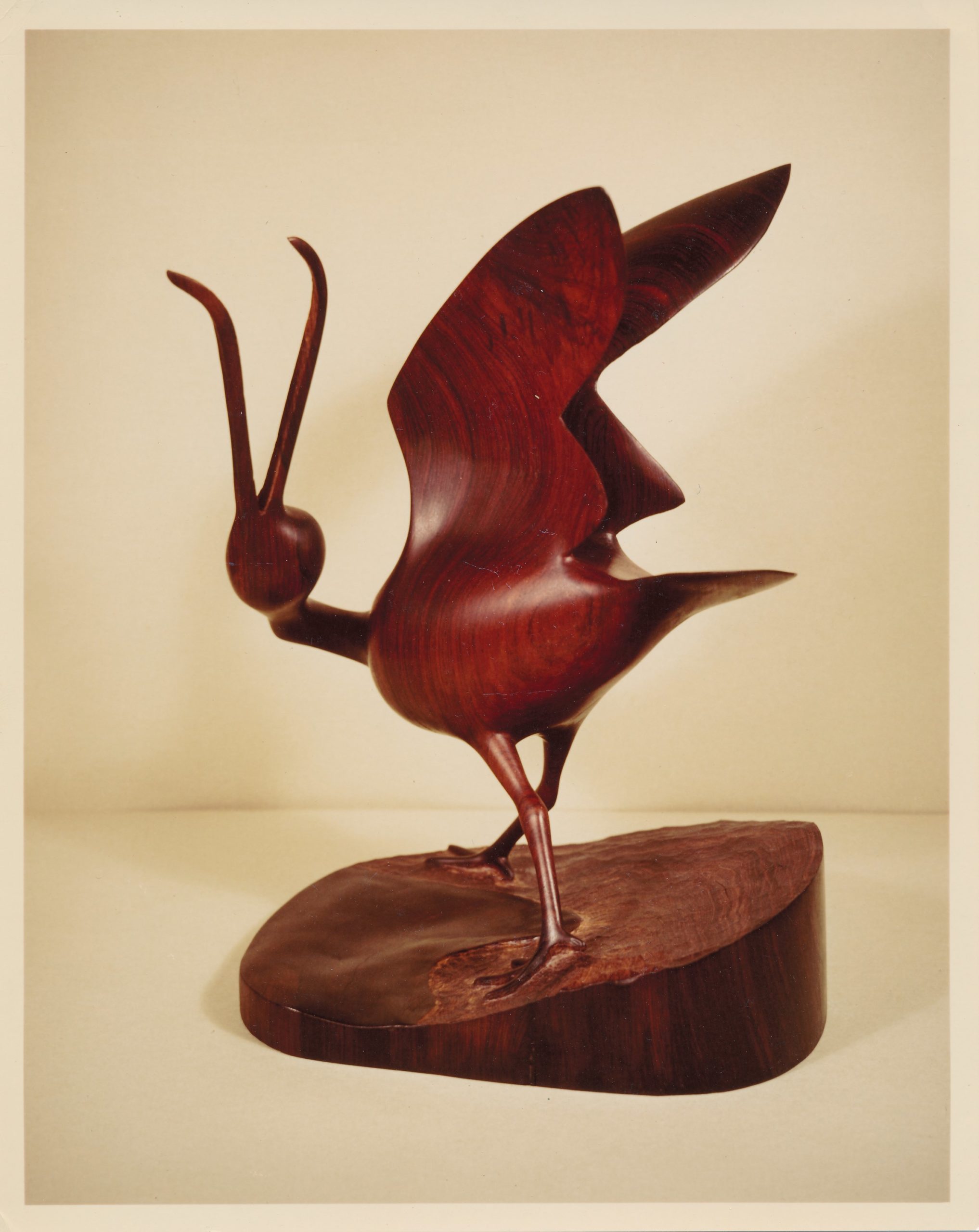 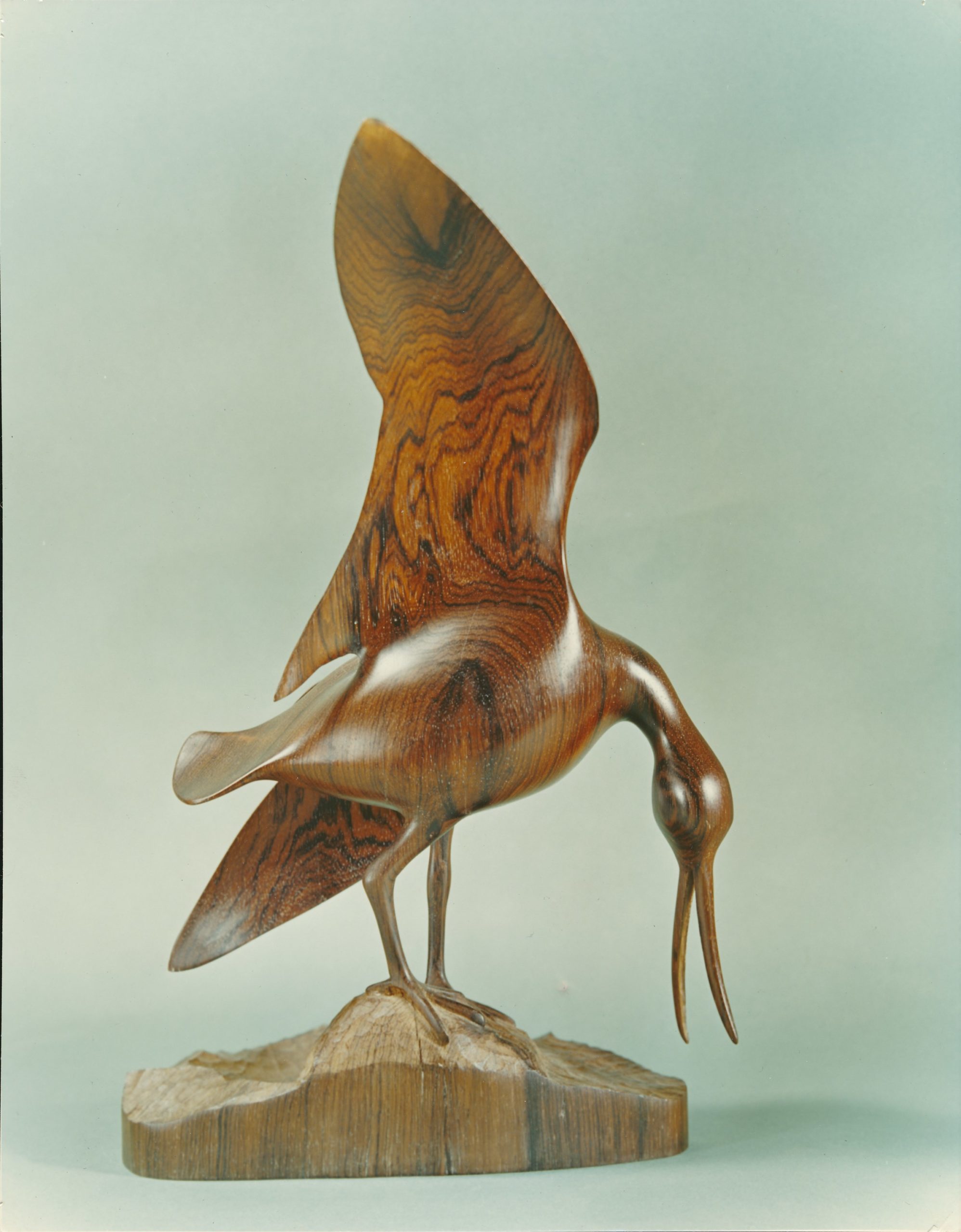 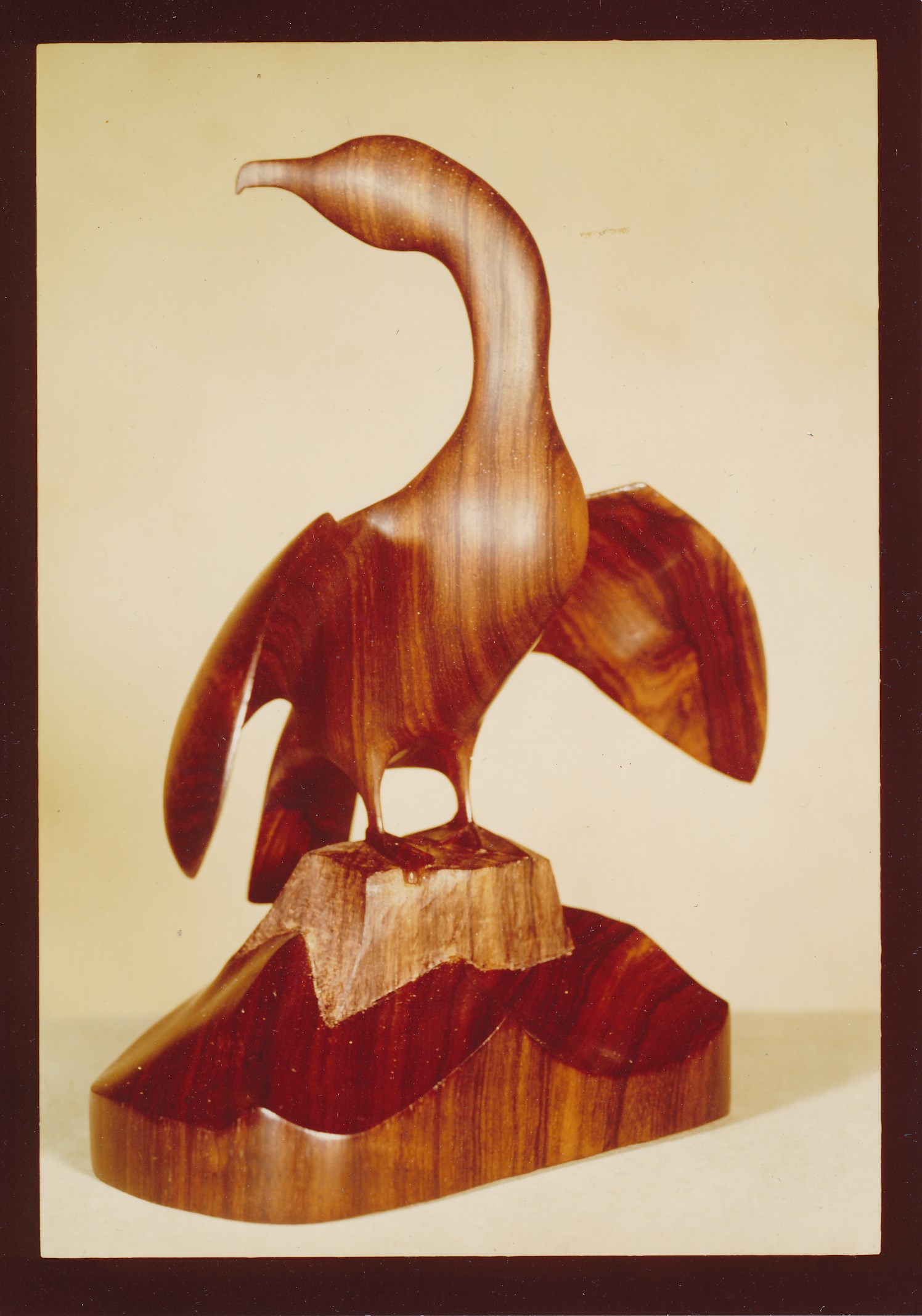 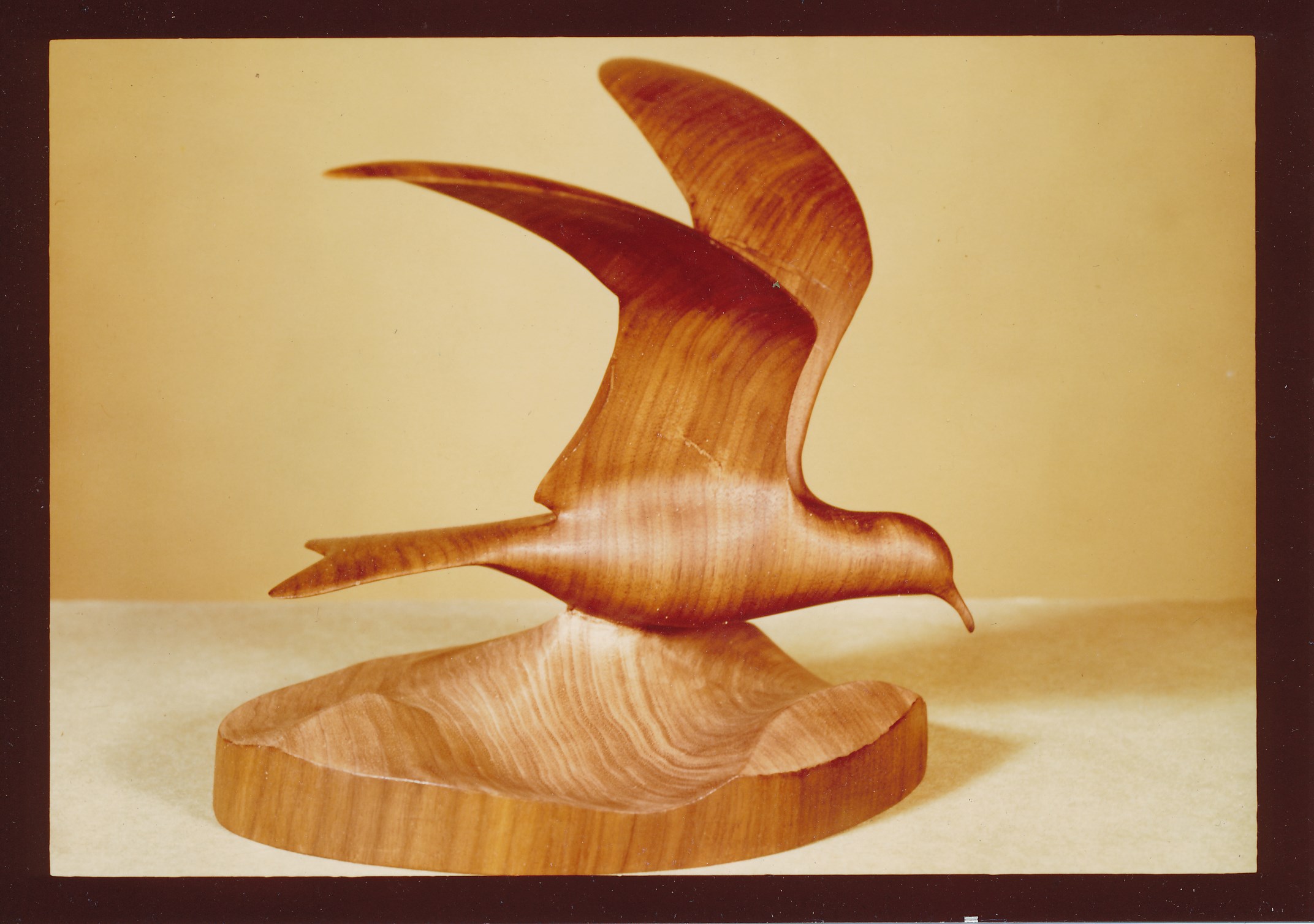 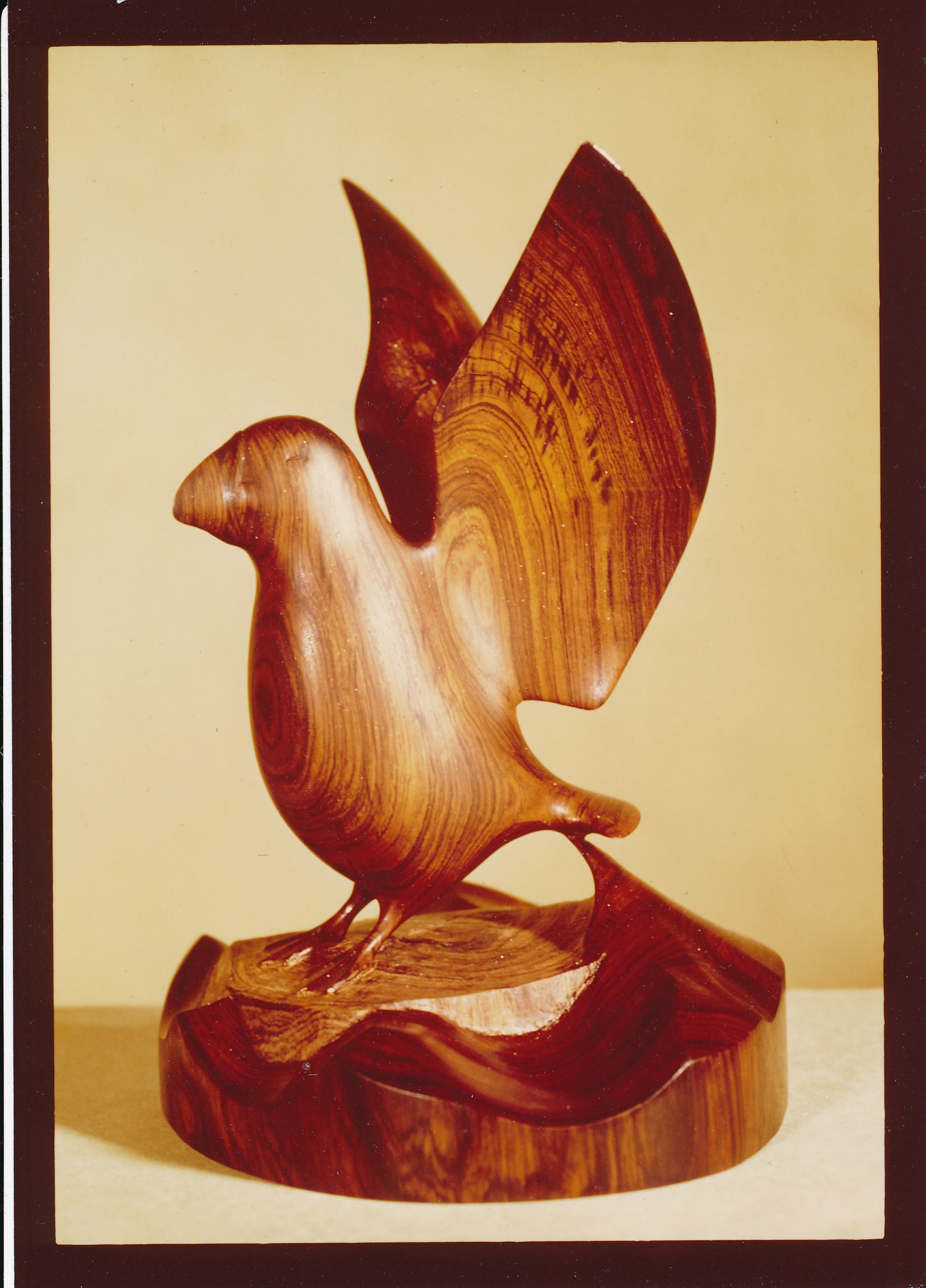 The early 1970s were very creative times and fortunately photos were taken of a number outstanding sculptures from 1970 and 1971. 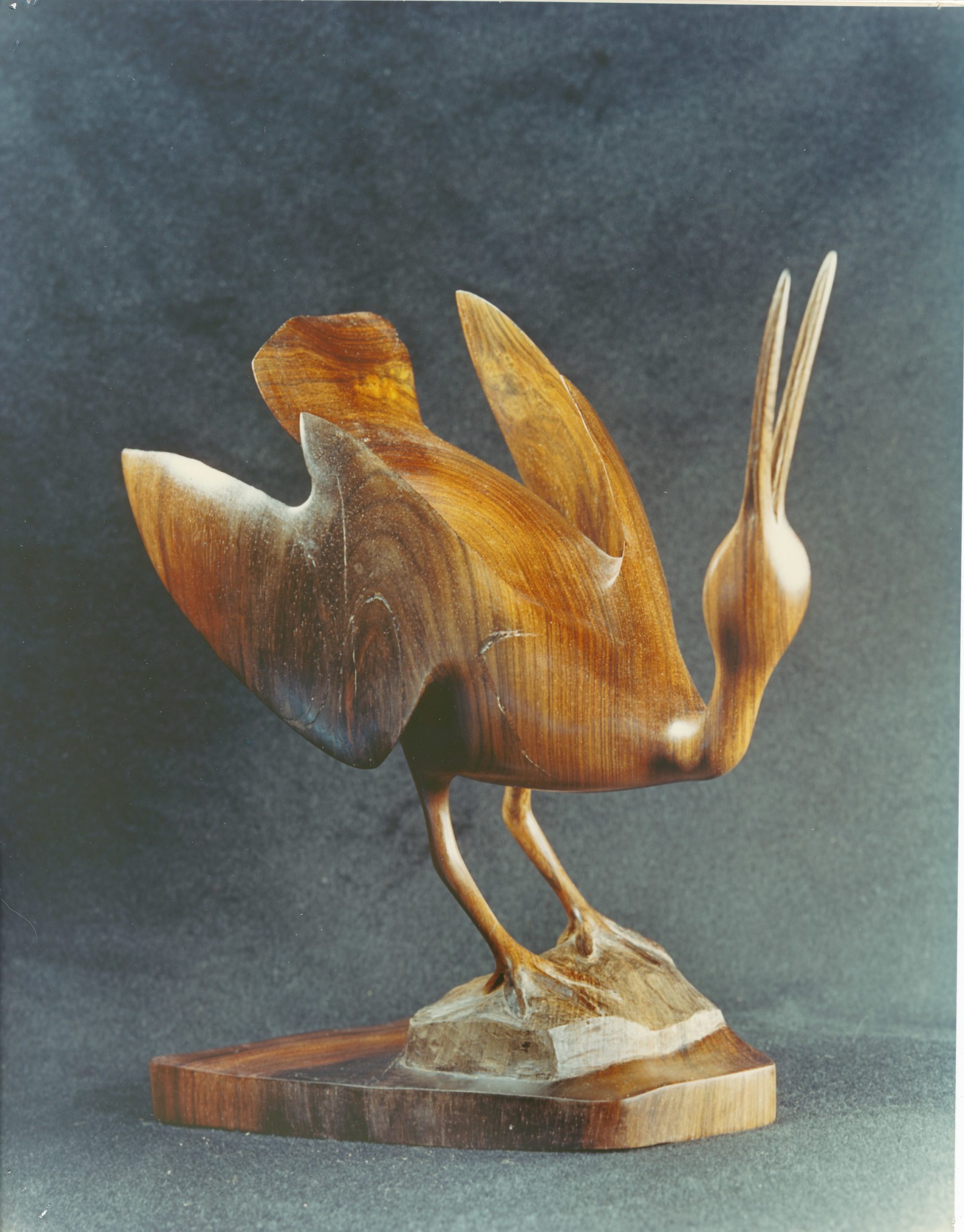 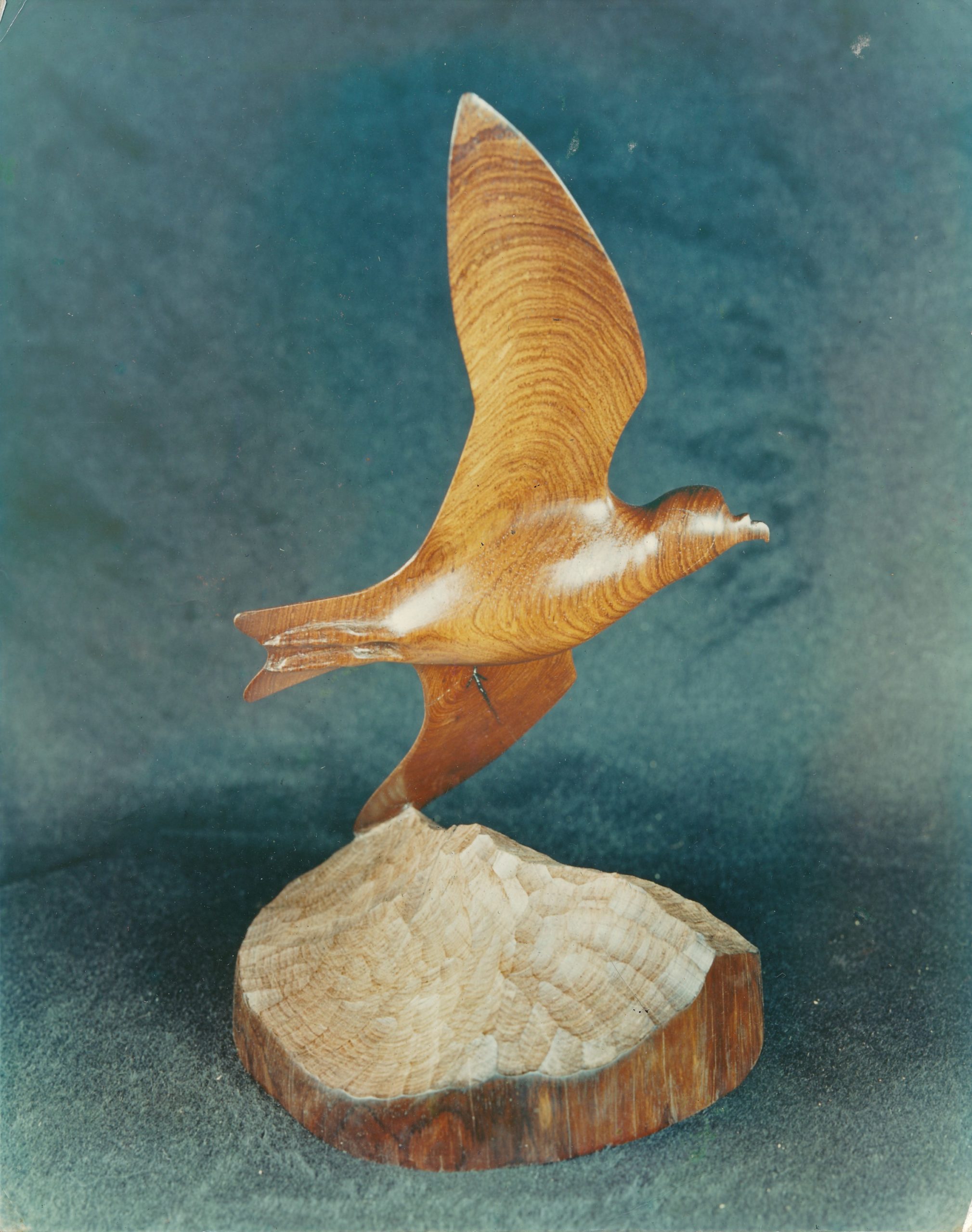 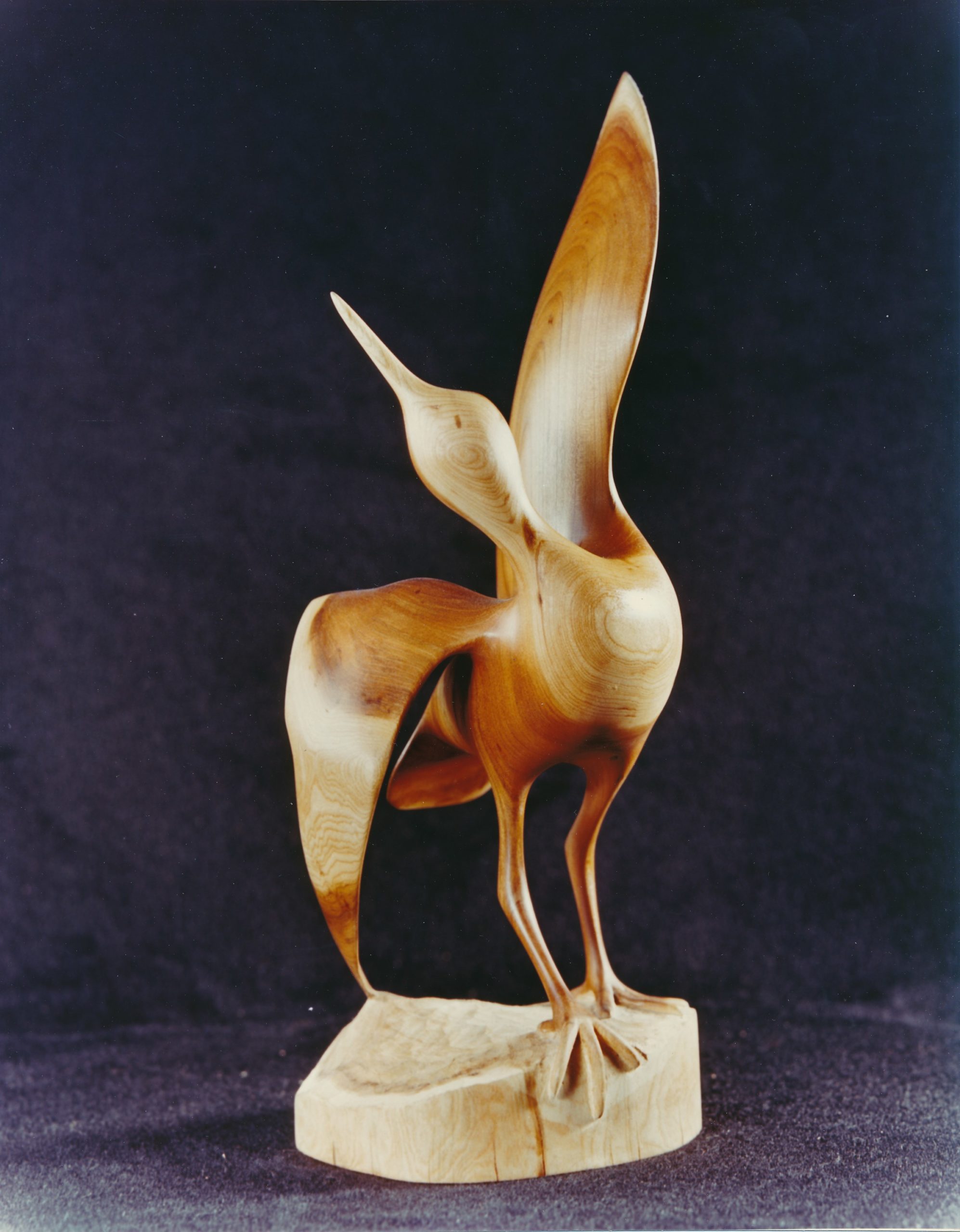 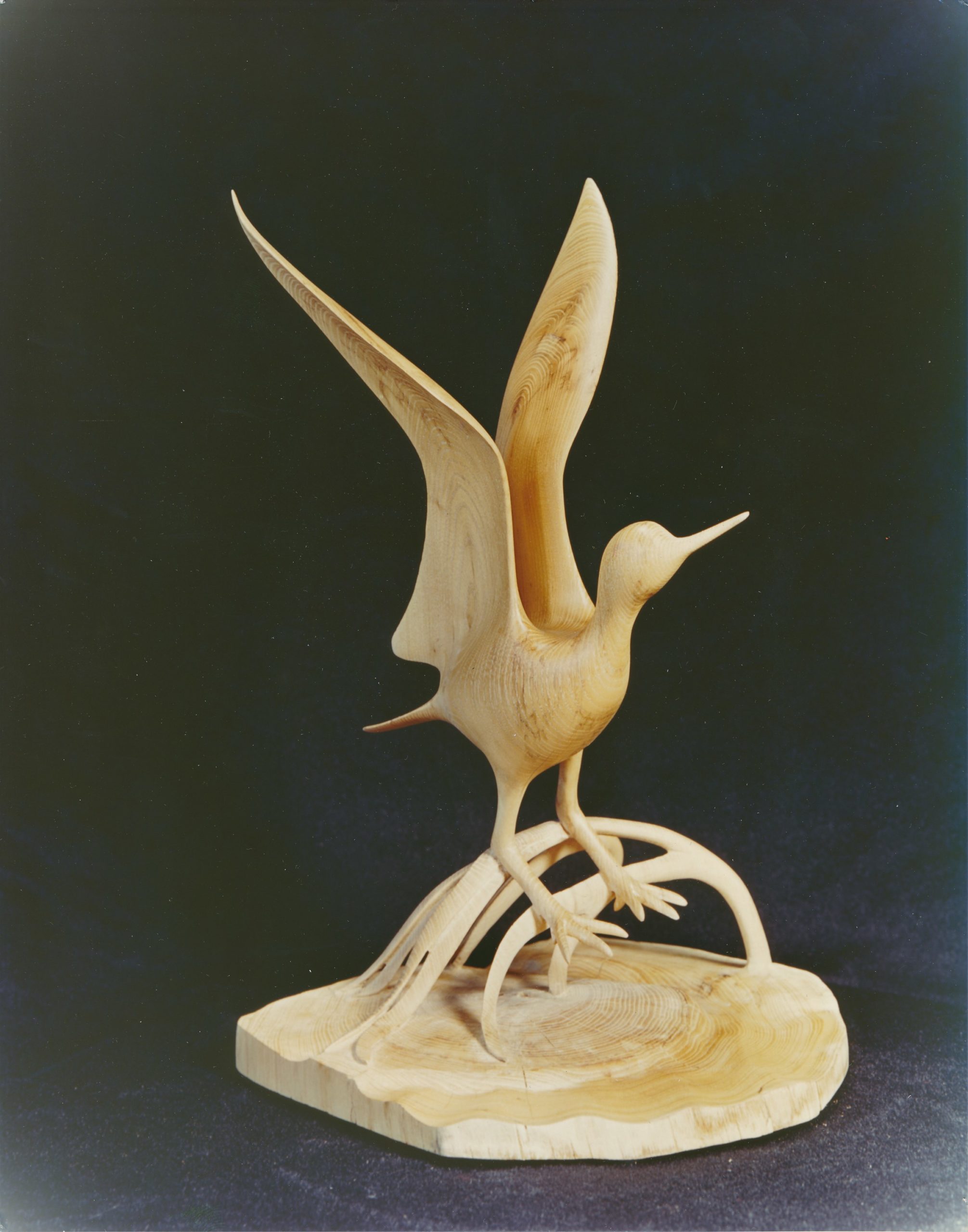 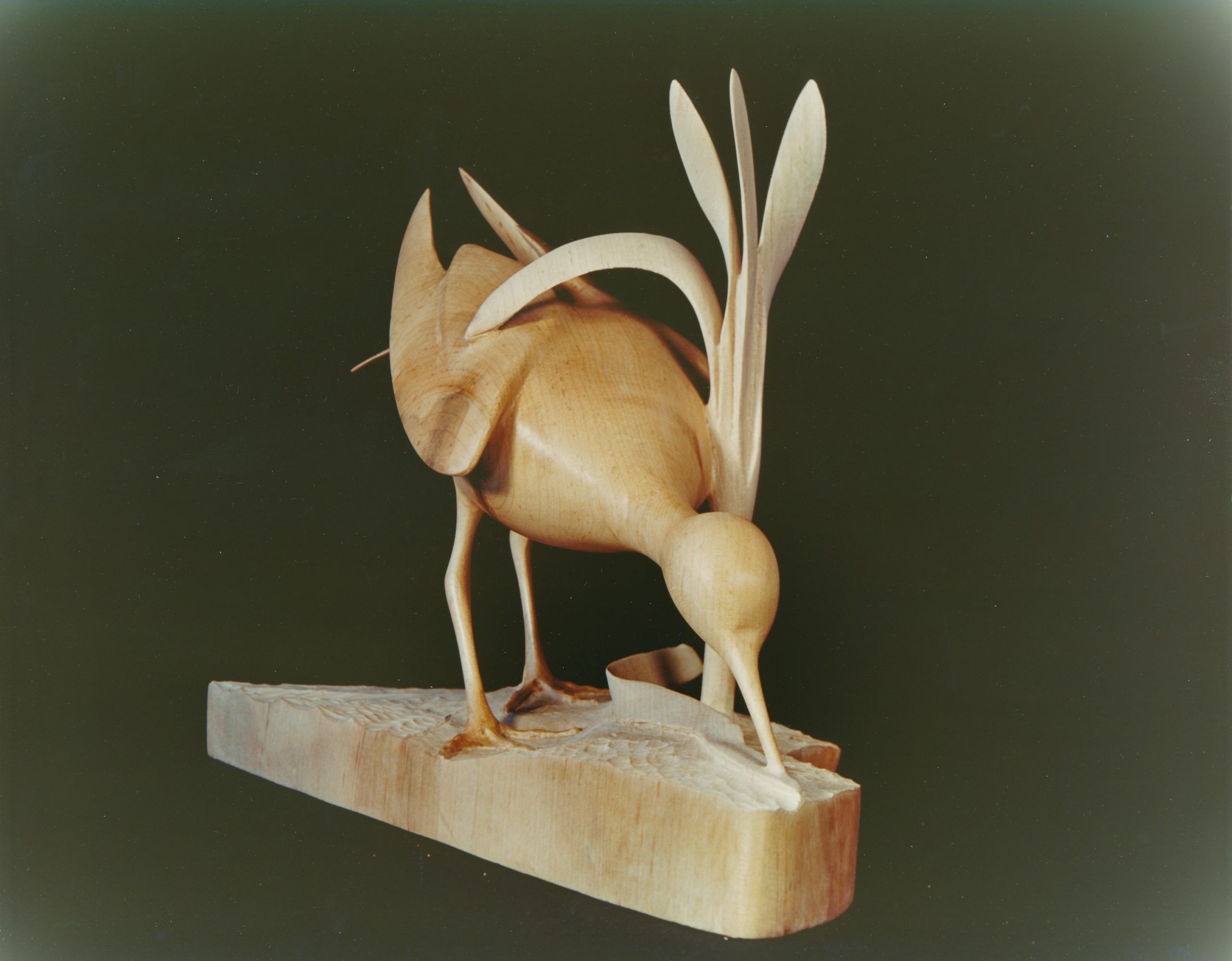 Hank’s style is a blend of realism and slight abstraction. The wood grain plays a major role in the sculpture’s design. The wood is finely sanded and finished with Tung oil.

Action is always a part of the sculpture’s composition – soaring petrels over oceanic waves, feeding sandpipers on mudflats, or owls on a branch looking out for prey.

Having grown up on the Atlantic coast in the State of Maine, shorebirds and oceanic birds are the most consistently chosen subjects.

Over the years, a number of themes evolved – sandpiper pairs, petrels in flight, partridge eating apples, turnstones and beach stones and owls.

Hank was educated as a zoologist and oceanographer, and devoted his professional life to conservation and environmental issues in the State of Maine. He worked on natural resource conservation programs at the Maine State Planning Office from 1974 to 2008. From 2008 to 2014 he worked as Forester at the Vaughan Homestead Foundation in Hallowell, Maine. He is well known for protection efforts for rare plants, old-growth forests and ecologically significant habitats. He has been active in many non-profit conservation organizations including national president of the National Natural Areas Association (1996 to 1999).

From 1972 to 1974 Hank and D.D. backpacked around the world, and were married in Indonesia in 1973. The Tylers have two children, Zachary and Kate. As a wildlife artist and illustrator, D.D. share a common interest in wildlife art, art and environmental issues. They frequently interact and share their artistic perspectives. D. D.’s forty years of artistic works including book illustrations, educational posters and prints, and artwork for nature t-shirts are in the permanent collections of the Spencer Research Library, University of Kansas; and her journals and letters are in the collections of the Schlesinger Library, Harvard University. Hank’s journals for their 1972 to 1974 travels are also at the Schlesinger Library.

In 2019 Hank and D.D. moved to Melbourne, Australia where they are permanent resident, and has set up sculpting workshop. He teaches at the Melbourne Guild of Fine Woodworking, in Melbourne.